As a result of European Commission pressure on Denmark to loosen up the monopolistic ways of state-held gaming provider Danska Spil, new Danish gambling laws go into effect on July 1. And some players are worried they won’t get any money they win before then.

On the positive side, Denmark’s licensing systems for foreign operators of online gambling websites does not include prohibitively expensive taxation regulations that often prove unappealing to foreign business interests, as is the case in recently introduced French gambling laws.

On the negative side, a loophole has been provided in the law to give Danska Spil a head start on establishing online poker in Denmark. Though the law goes into effect on July 1, licenses to foreign-based operators will not be issued until January 1, 2011, meaning that for six months Danska Spil poker will be the only legal game in town.

The amount of Internet betting in Denmark is estimated at about €8.3 million annually, with a large percentage of this currently going to non-Danish website operators.

Denmark’s gaming magazine “Ace” recently claimed that government interests will be using ISP blocking once the new law goes into effect to prevent any potential players from going to an online casino without a Danish license.

Even more frightening for current Danish players is a rumor that the government will be making withdrawals from non-licensed sites after July 1 – even on winnings earned before the new law goes into effect. Players have been warned to keep a minimum in their accounts in essentially all non-Danska Spil casinos.

(source)
No comments:
Email ThisBlogThis!Share to TwitterShare to FacebookShare to Pinterest
Labels: Denmark

Finland's new monopoly signs up Playtech for casino and poker

Under the terms of the four year contract, which was awarded after a tender process, RAY will launch online casino and poker using Playtech's technology platform, with poker played on an exclusive Finnish network. The online offering, planned to launch in the third quarter of this year, will also include a mobile capability.

Playtech chief executive Mor Weizer said: "By establishing a domestic online offering, RAY will be furthering its philosophy of responsible and trustworthy gaming. The unique player management tools we can provide will ensure a secure and safe operating environment in line with RAY's core values."

Finland’s monopolies have widespread support in that country, where they are often seen as more accountable than private operators, and with profit directed into state coffers rather than private hands.

Speaking at a public conference on Finland’s new gaming laws in Helsinki in February, RAY spokeswoman Tuula Lehto said that the purpose of the company’s new online business is to provide a "national, reliable and responsible alternative for Finnish players".

Founded in 1938, RAY currently has circa 19,000 slot machines in roughly 8,400 locations across Finland, together with 300 club-based casino games, and also operates Finland's only casino, the Grand Casino Helsinki. Its 2009 revenue totalled €651m.

As well as RAY and Veikkaus Oy, Finland’s other gambling monopoly is Fintoto, which offers racing betting, while Finland’s semi-autonomous Åland islands also have a gambling monopoly, Ålands Penningautomatförening, or Paf, which launched an online sports betting arm with Unibet in February.
No comments:
Email ThisBlogThis!Share to TwitterShare to FacebookShare to Pinterest
Labels: Finland, Playtech, RAY

Hungarian football club Debrecen is being investigated over allegations of match-fixing during a Champions League game against Fiorentina in October, the club's sports director said Thursday. 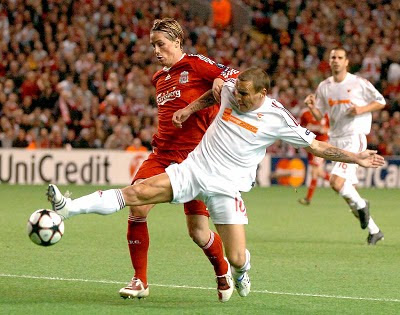 "The officials were mostly interested in the match Debrecen-Fiorentina," he added, noting however that the European football federation was also probing "hundreds of matches" elsewhere.

"The inquiry surprised us because we played against much stronger teams in the Champions League who could have scored against us whenever they wished," Bartha added, hinting that the matches did not need to be fixed for Debrecen to lose.

"We are proud anyway that we were able to score three goals against Fiorentina in Budapest, and two goals in Florence in the second leg," he added.

Debrecen failed to win a single game in the group stages of the Champions League and was knocked out after facing Fiorentina, Lyon and Liverpool.

A UEFA spokesman confirmed to AFP earlier: "A team from UEFA was in Budapest last week to question players."

"These were informal talks to gather information," he added, without giving any further details.

"The inquiry is ongoing," he only said.

The spokesman would not say if the Debrecen probe was part of a wider investigation by German prosecutors into widespread match-fixing all over Europe.

Some 200 games in nine countries, including at least three Champions League matches were said to be under investigation as part of a Europe-wide betting scandal.

German television ARD meanwhile reported that an agent linked with several Debrecen players was also being investigated by UEFA.
No comments:
Email ThisBlogThis!Share to TwitterShare to FacebookShare to Pinterest
Labels: Fixing, UEFA

Paddy Power today announced the launch of a new holiday protection product designed to safeguard holidaymakers against the threat of unscheduled airport closure due to volcanic ash.

This new initiative allows would-be holidaymakers to place a bet on a specified UK or Irish airport closing for at least a one hour period due to volcanic ash contamination on any given date between June 01 and August 31st.

Paddy Power said “This new venture was brought about by considerable customer demand. In fact we have been quoting odds on airport closure to customers since Eyjafjallajökull blew its top back in April. It’s a very exciting new business opportunity and we’re hoping to expand our offering in the short term”

France's Constitutional Council, the highest constitutional authority in the country, has declared that new laws regulating online gaming are constitutional, paving the way for a French egaming licence system.

The decision yesterday afternoon follows an appeal to the Council by the French Socialist Party in the wake of the law being voted in by the National Assembly on 6 April.

It dismisses all the complaints against the regulation presented by its opponents, which included that the law infringes the public’s right to health protection and that it contravenes the principle of equality in taxation, and will lead to the creation of the new Autorité de Régulation des Jeux en Ligne (ARJEL) egaming regulator.

Official decrees providing details of the regulation such as tax rates, which products will be authorised and how the regulation will function will be published by French budget minister François Baroin shortly.
No comments:
Email ThisBlogThis!Share to TwitterShare to FacebookShare to Pinterest
Labels: France

Wolverhampton Wanderers have received a major off-the-pitch boost with their main sponsor, Sportingbet.com, extending their current main sponsorship arrangement for a further two seasons, with a full season still remaining on the existing deal.

Sportingbet.com has signed a seven figure contract, which will see them remain as Wolves' main Club partner until at least the end of the 2012/13 season.

The partnership commenced in June 2009 and is the biggest sponsorship deal in the Club's 133 year history.

Sportingbet.com has an extensive portfolio of Wolves' rights. Their distinctive brand appears on Wolves' home and away shirts and on all technical training kit.

Sportingbet.com's football business has continued to grow since commencing their relationship with Wolves. In just one season, Sportingbet.com has been involved in a range of fan initiatives including the popular 'Wolves Accumulator' reality online game, which has seen thousands of fans participate for fun with no betting stake required.
No comments:
Email ThisBlogThis!Share to TwitterShare to FacebookShare to Pinterest
Labels: Sportingbet

Betclic to confirm Olympique Marseille tie for next season

BetClic is to confirm its sponsorship for next season of French football champions Olympique Marseille at a press conference this Wednesday, ahead of the company being legally allowed to display its logo in France next month with the part liberalisation of that country’s egaming market. 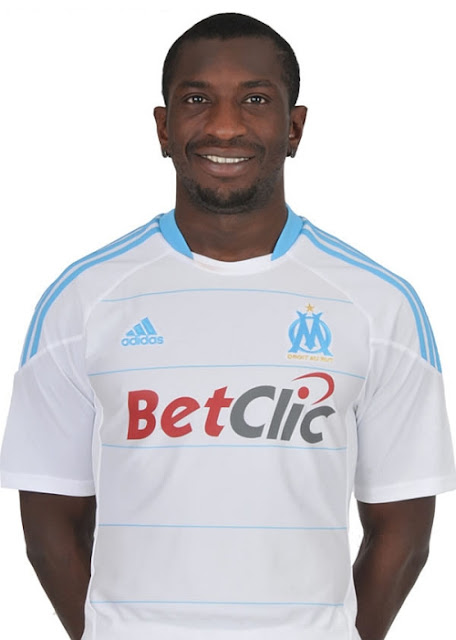 The shirt sponsorship of Marseille had been parked for Mangas Gaming-owned BetClic since the Louis Dreyfus group, the holding company for current French champions Marseille, became a major investor in Mangas earlier this year.

The deal complements BetClic’s recent sponsorship of Italian Serie A giants Juventus and no less than 13 Portuguese teams. BetClic and another top-flight French team, Olympique Lyonnais (Lyon) in March argued that there was “no legal basis” to UEFA’s decision that month not to allow Lyon to wear BetClic’s logo for its recent Champions League tie with Bwin-sponsored Real Madrid, played in Spain. The pair argued that the French law did not apply to matches held under European competition rules and outside of France.

The press conference will be held by Mangas Gaming chief executive Nicolas Beraud and the chief executive of Olympique Marseille, Jean-Claude Dassier.
No comments:
Email ThisBlogThis!Share to TwitterShare to FacebookShare to Pinterest
Labels: Betclic

French cable operator Numericable has announced a deal with online sport gambling website BetClic to offer subscribers the possibility of betting online and live while watching football and tennis matches or horse races on TV.

“When people are watching such an event, they will be able to make live bets with their remote control,” Numericable’s CEO Pierre Danon said at a press conference in Paris.

Numericable’s TV portal will be enriched with a Betclic space where all possible bets related to a sports event currently broadcast on Numericable will be listed, along with the available odds.

To Pierre Danon, this is “a world premiere” which will become effective before the end of 2010.
No comments:
Email ThisBlogThis!Share to TwitterShare to FacebookShare to Pinterest
Labels: Betclic
Newer Posts Older Posts Home
Subscribe to: Posts (Atom)